More for the idea rather than the perfect recipe. I have used two sticks laying in my garden, some cotton embroidery string and a pair of keys, I had to improvise.

For the solution I started with a recipe found online with 6 cups water, half cup cornflour, half cup dish soap, a teaspoon of baking soda and a dash of personal lube. It did not work so I added stuff I found in the kitchen like a gelatin pack, some honey and sugar syrup dissolved in some warm water. Took me a while to get the consistency and have just added stuff until it worked. Edit: do not discharge the solution. I leftine in the garage for weeks and it get better and better. Just mix again before use. The last photo was made weeks after.

About the Author: admin 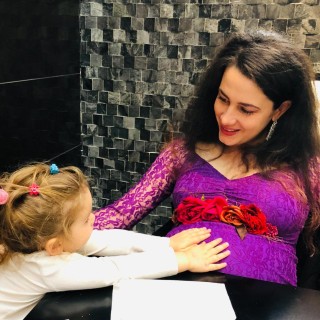 I'm a mum of two young girls and have a passion for crafts, messy play, baking and many other activities needing a touch of creativity and a dash of dexterity.